When I was a senior in high school, I went to Romania and saw world missions in action. From that moment on, I had one life goal: to be a missionary. After spending two months in Guatemala in college the dream became more focused to the orphans of Guatemala. In full pursuit of this dream and calling, every decision was filtered through this lens: where I would go to college, who I would date (and eventually marry), what I would major in, what jobs Brad & I would take, when we would have kids, how we would manage our money—literally every decision.

Then, two years ago, we quit our jobs, spent a year driving countless miles across the country, sleeping in numerous hotel rooms, speaking in dozens of churches, and attending more meetings than we can count to raise the funds to see this dream become a reality. And it did. A year ago, we loaded all of our most valued belongings on a container and shipped it off to Guatemala. A few days later, we boarded a plane as a family of four: the two of us, our excited toddler, and the sweet babe that was growing in my womb, heading into what we thought would be the rest of our lives. 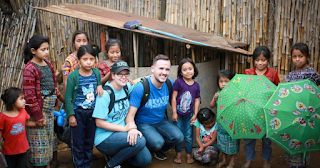 For the past ten years we had been totally and completely “all in” to this dream. Then, in the middle of one single night, it was over. We found ourselves, as a new family of four, with a two-month-old baby whose body could not tolerate the altitude of the very place God had called us to live. By the third night, he was breathing 95 shallow breaths a minute, had lost all coloring, and was screaming for air. This was after three days of vomiting and fussiness, and the fact that our sweet boy hadn’t smiled since we touched down on Guatemalan soil. There was no time to think about what this meant for our future, we just knew that we had to pack a bag and book the first plane ticket out of the country to get him to a lower altitude and get him the medical care that he required. 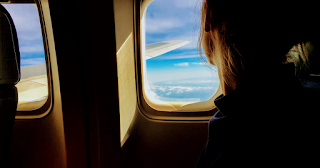 The days and weeks that followed were a blur. Time and numerous doctor visits revealed that he had developed High Altitude Pulmonary Edema (HAPE) in his three short days in Guatemala. Hearing his doctors say things like, “I am just so glad God gave you the wisdom to get on that plane,” and “[t]his could have ended in a much more tragic way,” we realized just how blessed we were that our little boy was still alive. As we discussed him returning to an altitude above 5,000 feet terms such as heart failure and pulmonary hypertension began to surface, making the risk of us returning to Guatemala far too great. So, in the blink of the night, ten years’ worth of dreams were shattered.

See here’s the thing about being “all-in” to God’s calling, He doesn’t always ask our permission when He changes the plan. Before Gideon was even conceived, He knew that he would have HAPE. He knew that the girl that dreamed of serving orphans in Guatemala, would never actually have the first Guatemalan orphan in her home. He knows the plans you make for your life, and how His plans are far better.

So, what happens when your “yes” to God’s calling doesn’t turn out the way you planned? You obey. You trust. You keep saying yes.

We are still in a season of waiting for His plan to be revealed, but here is what I do know: God makes masterpieces out of our broken pieces. Much like a mosaic, is a work of art created from broken pieces of tile, God often creates mosaics of brokenness—our shattered dreams, our shattered plans, our shattered callings. The God who created mankind out of dust can make beautiful mosaics out of a life that keeps saying yes to Him. Does that mean that the girl who planned to live the life of adventure in a foreign country puts down roots in the very place she always intended to leave? Maybe. Does that mean that the couple who both sought with everything to be in vocational ministry begins to redefine what ministry is? Possibly. Does it mean that the family who once dreamed of caring for a village full of orphans in a far away land chooses to foster orphans in the country that they call their own? Perhaps.